Every telco complaint in a single database

Imagine a database of complaints against telcos that is freely available online for customers. It’s a proposal that has been put forward by public utility regulators in the USA recently as an idea that would allow consumers to easily compare the customer service of competing firms.

Of course this is not a radical idea, it is just a regulator suggesting that those in charge of managing regulated companies might want to learn from review and comparison tools that already exist. In the hotels business, everyone takes Tripadvisor seriously now, but an industry regulator did not create it and it works globally – not in just one market.

Regulated businesses such as telcos, banks, and insurance firms do need to start taking the service they provide more seriously. They do compete with each other in their own markets, but that competition is usually on price. If the USA example shows that regulators want to start highlighting service too then there is nothing to stop similar measures in the UK.

Many comparison engines already exist in the UK allowing customers to compare pre and post pay packages from every phone operator. It would not need a regulator to add service quality and complaints on these existing tools – how long before it happens anyway?

Leave a comment on the blog here if you think this will happen soon or just tweet me on @simondillsworth. 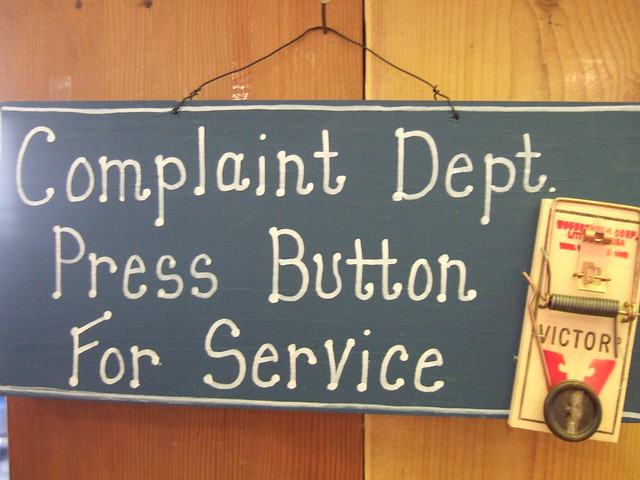