How many different phone chargers do we need?

Posted on September 3, 2014 by simondillsworth

The other day I was talking to a friend about just how many different chargers I need to carry around for different devices. I have phones and tablets and for many of these devices I have a personal one and a business one. Almost all of them have a unique charger that doesn’t work for other devices.

I started looking around online, wondering if anyone have made a similar complaint and if there had ever been any plan for standardisation. I quickly found a Cnet article from last year suggesting that the European Parliament had unanimously voted through a measure that would force all phone manufacturers to adopt the same type of charger.

This might not help if you also have a Kindle and iPad, but getting all the phone manufacturers to work together would at least be a step in the right direction. With so many devices all using the same charging cables, it is likely that other types of device would adopt the same standard.

But, as I mentioned, that Cnet article was published over a year ago. Regardless of what the European parliament say they want to see for phones used in Europe, I haven’t seen much improvement in my own life and I assume this applies for most people.

In an ideal world, our devices would recharge without cables, using electricity from the cloud in a similar way to electric toothbrushes being able to charge just by being placed near a base station. Imagine a single base station at home that could charge all of your devices simultaneously – that would be great.

But how far in the future is all this? The current system of needing a different cable to charge each device reminds me of the dial-up internet days when any business traveller had to carry about 20 phone jacks to ensure it was always possible to plug into a hotel phone.

There is no competitive differentiation in chargers. Nobody makes a purchasing decision based on the charger being ‘better’ in different phones. This would be a great way for the phone companies to give something back to their customers – please listen to the voice of the European Parliament! 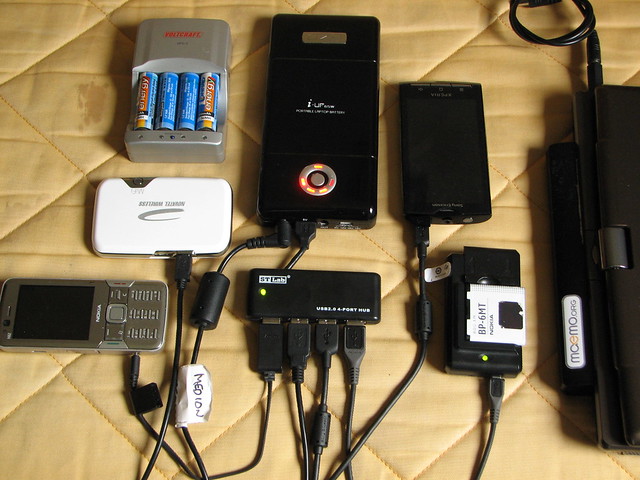