The power of ‘delete’ and what it means for brands.

Posted on September 12, 2014 by williamvcarson

Last December I deleted my Facebook account. I was an avid user in both a personal and professional capacity. Then I somehow managed to contract strep pneumonia and spent nine days in hospital without access to Facebook during which time all my visitors, bar one, were neither users nor ‘friends’ on Facebook or any other social media.

That made me think. Who was driving? Me or Mark Zuckerberg?

On returning home I decided to delete my Facebook account. Its a pretty straightforward affair, I downloaded a file with all my data in it and then I hit delete, then I was asked several times if I REALLY MEANT IT and finally, I was gone.

People are now waking up to their individual sense of power over their personal data, and its quickly becoming a hot topic for brands as they finally begin to deploy the systems that can crunch the numbers and deliver the analysis that is so important to strategies for growth. But just when they begin to see the payback on their investment, customers are finding ‘invisibility cloaks’ to hide themselves often by not revealing who they actually are in the first place.

For example, for security reasons, I never provide my actual birth date on any sign up form, just the year, and how much worse are the younger generation signing up for game sites and social media platforms with made up names (and often with a much older, fictitious year of birth)? By the time they are full tax payers and potential customers they will be signing on and shopping online as avatars  in virtual malls and even inside games. In addition, they will be making their purchases in Bitcoin and probably banking with Google!

Many consumers are already behaving in a this way, either giving incorrect information or entirely masking their identity. This issue of privacy is the largest chink in the armour for every social network. Facebook has over half of all the Internet users in the world as active users and has already started exploring business models beyond just connecting friends. But the value of these systems exists mainly in the data they have on consumers. Data after all, as a corporate currency, is only of long term use when it reflects the ‘real’ behaviours of ‘real’ customers with constants in their customer profile.

Brands need to be careful in their headlong rush to work with social channels. There is a need of course to build a customer experience that acknowledges this is where customers want to talk about products, but building a deeper relationship based on data the customer is giving away – wittingly or unwittingly – is a path that should be taken with caution. 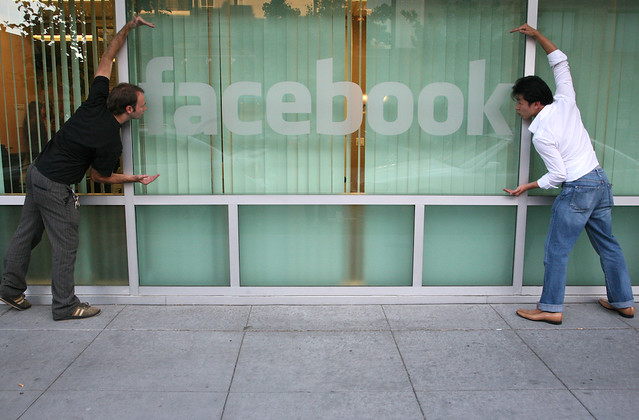