What is the future for mobile phone retail in the UK?

Posted on September 15, 2014 by simondillsworth

UK phone retailer Phones 4 U has called in the administrator putting 5,596 jobs at risk today. It’s a tragedy for all those who work in the stores and for the British High Street in general as all 550 stores will be closed immediately until the administrator can work out what to do about the private-equity owned company.

The basic business model of phone retailers like Phones 4 U has been around since the 80s and early 90s when mobile phones became popular. They offer a range of handsets and packages from all the different service providers meaning the customer can easily compare package with an expert guide in a High Street store.

But there are two major changes in the market that have reduced the attractiveness of this business model.

First, the phone companies are eager to deal direct with customers. All the major service providers have their own store networks now and so if they can deal direct – and avoid paying commission to a retailer – then that’s what they would rather do. Vodafone recently cancelled their contract with Phones 4 U, leaving them with only packages from EE on offer. EE just decided to also withdraw their packages from Phones 4 U, triggering the move to administration.

“If the mobile network operators decline to supply us, we do not have a business,” said Phones 4u Chief Executive David Kassler.

But the way that consumers gather information on a potential purchase today has also changed. A few clicks on a price comparison website is all that is required now to find the best package for your particular needs – there is far less need to use a retailer that aggregates all the packages from various networks because it takes no time at all for the customer to compare the networks.

Dixons Carphone is the main beneficiary of the demise of Phones 4 U. On the surface it would seem that their business model is just as vulnerable to change, however they are far bigger and now have an effective monopoly in the UK market. Not so long ago, Vodafone tried withdrawing their packages from Dixons Carphone and noticed a serious drop in sales that caused them to renew the partnership.

As I have written before, the networks will ultimately be differentiating themselves based on content and services, rather than minutes and texts. This means that everyone in the mobile phone business needs to be considering how the business model will work in future – for retailers and networks alike. 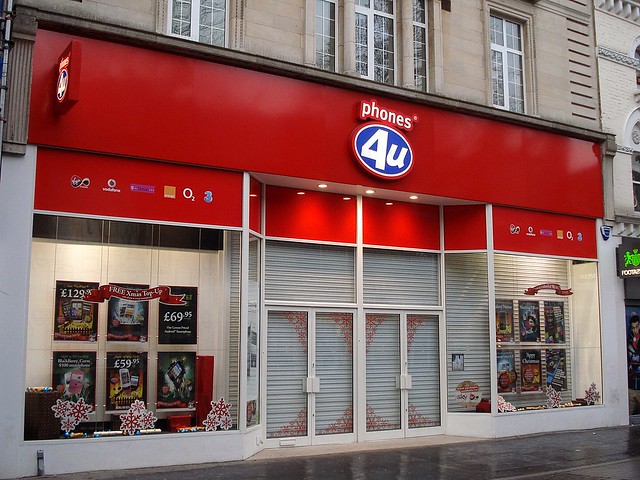 2 Responses to What is the future for mobile phone retail in the UK?