Posted on September 19, 2014 by richardnichollstp1

The protracted troubles in Eastern Ukraine are hopefully moving towards a peaceful resolution with the news that the rebels will be granted autonomy to rule their region. However despite this progress we are far from a harmonious long-term solution that will increase confidence in Europe achieving a sustainable supply of natural gas.  A clear signal that the instability of supply can be seen in data released by Gas Storage Europe over the weekend which indicates Ukraine increasing its natural gas reserves by 1.7% to 16.22 billion cubic meters in an attempt to survive an approaching bitter winter without Russian supply by developing  its domestic production and importing from the EU.

As the EU sanctions imposed on Russia continue to increase in their reach and severity, the EU’s supply of natural gas is decreasing as reported by Austria who are the fourth EU country to report a slowdown in Russian gas deliveries this week, after Slovakia, Germany and Poland were also hit by reductions.  It is fair to assume that other countries in the EU will report reductions which in turn place greater strain on the ability of each EU country, including the UK, to maintain a sustainable schedule of supply to meet the forecasted demand as the nights draw in and energy consumption rises to heat homes, businesses, schools and hospitals.

We have all witnessed customer frustration within the UK energy sector as people demand to know why prices only ever seem to go up despite the wholesale prices going up and down and there is a growing amount of customer cynicism towards the cost of their energy.

Will customers demand to know how their suppliers intend to continue their supply in the coming years or is that level of interest within the customer base simply not there?

The growth of renewable energy and green tariffs where customers are given the option to pay a subsidy for a portion of their energy to come from renewable sources shows there is interest from the customer but I doubt that it has reached a level where energy future proofing is a coffee morning topic of choice.

What is the answer to the UK’s dependency on imported natural Gas?  Some would say that the UK should learn from our American cousins and explore the resources that are locked away in shale rock immediately beneath our feet, I am of course referring to the process of fracking where a mix of high pressure water and chemicals are forced into the ground to release the natural gas deposits which exist in the UK.  The Americans have drastically reduced their own dependency of imported suppliers, created jobs and wealth and set a great example for other countries who are also blessed with their own reserves.  However, the ugly name of Fracking evokes an angry response from many people who are fearful of the, as yet unknown long-term impact of the process and don’t want to see the picturesque landscapes in the South East, where the majority of the deposits lie, being destroyed to quench our never ending thirst for energy.

What about a nuclear solution?  You only have to look back to the 1990s when the nuclear industry provided 25% of the UK’s energy needs but the landscape of today is significantly different as only 18% now comes from this source and that figure is falling due to the aging estate of nuclear power plants.  Alarmingly all but one of our current plants will have been retired by 2023 – just 9 years!  The investment needed to create new nuclear facilities is immense and much like with fracking there isn’t a long list of communities queuing up to be the next location for the nuclear plants of the future. Again this is understandable due to the disasters at the Fukushima plant in Japan in 2011 and Chernobyl in Ukraine in 1986 but is it time to once again look to the nuclear industry to step up its production?

Whilst many of the options available to us aren’t inexpensive nor easy and are in fact fraught with high costs, difficulties and dangers what is blatantly obvious is the need for the UK to do something to begin to plug the deficit. We simply can’t do nothing and hope that the problem will go away because it won’t, it will only get worse.  If the situation is allowed to get worse can we expect power outages in the UK leading to a rise in the number of customer complaints and more customers contacting their suppliers to find out why their boilers are cold and the hot tap is running cold.

How would our energy suppliers handle customers when there is no simple solution within the gift of the customer service team?  Is now the time for customers to demand future-proofing? I think it is.  The power of the customer has invoked monumental changes in the financial services sector where short term goals reigned almighty and it may well be left to the customer once again to lead the charge. 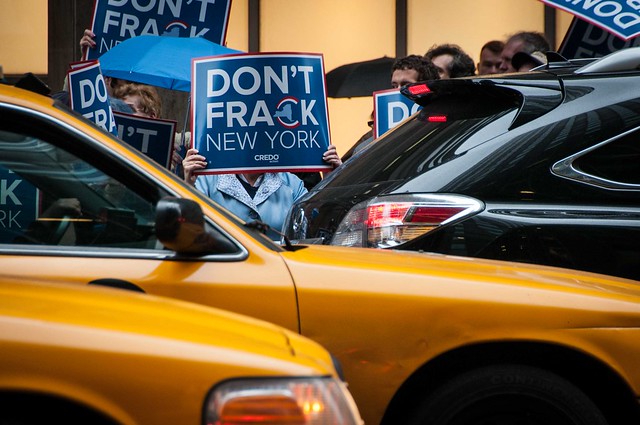