23 years of great customer service  – and then there’s everyone else. Why?

Posted on September 24, 2014 by williamvcarson

The Daily Telegraph recently published their list of the top 100 companies for customer service in the UK. It’s an interesting mix of banks, retailers, airlines, and utilities with no obvious connecting theme except possibly the most important one, that regardless of the business you are in today, if you are interacting with customers then the quality of service offered is critical.

The number one company on this list is First Direct. I joined First Direct in September 1991, that’s 23 years ago. It was (and is) so impressive. After joining I would sit in a pub on a Sunday night with friends and tell them they could go to the pay phone at the bar, dial 0345 100 100 and join that very evening – yes even at 10pm! The HSBC-owned telephone and online bank has long been championed for their great approach to customer service so this is no surprise. Other winners in the top ten include John Lewis, Waterstones, Amazon, and the roadside assistance group Green Flag.

The bottom of the list features several energy and telecoms companies. TalkTalk, EE, and BT are listed along with Npower and Scottish Power all around the wrong end of the list. The Irish budget airline Ryanair is almost at the bottom, in place 98.

Ryanair is something of a surprise. In the past they were famed for putting prices before service, but they have been applauded in the past year for the way they have started treating service as a more important factor in their business. But is that just lip service or have they so trashed their customer service credentials over many years of poor customer experience across the entire customer journey that short of a rebrand, they will always be known for the worst examples of poor service?

This data was collected by Which? the Consumer’s Association publication and is therefore more reliable than your average survey of 50 consumers, but it seems that recent changes in company behaviour like Ryanair have not been captured in the survey and therefore it may be more about attitude to brands rather than actual experience. The long tail of consumer memory, especially for bad customer experiences,  is not to be underestimated!

The energy companies are a good example. It is very easy for British consumers to switch energy supplier now. The energy companies all know this and most of them are improving their customer service and attempting to make this as important a differentiator as price – especially the smaller suppliers. However a recent call to Scottish Power proved them wholly ‘worthy’ of their poor position in the league table. I called them a few weeks ago and was on hold for 13 minutes! When I was put through there was no acknowledgement of the long queue time. Worse still I was asking all the questions you might expect from a customer considering switching but not once did the advisor engage with me on this. Very shoddy after many years loyalty and perhaps why the new and smaller suppliers are going to benefit.

It would be useful to see a similar study performed on British consumers where they are not aware their actions are being observed, so prejudice and stereotypes can be removed from the responses. I’m sure the top 10 might remain similar but what would be more interesting is what happens to everyone else. After almost a quarter of a century of First Direct, I do wonder, isn’t anyone paying attention? 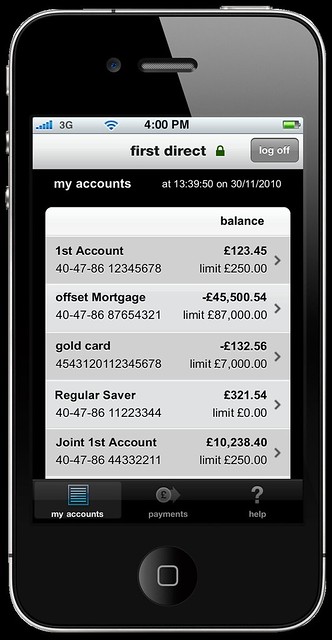