Could British retailers learn from the phone networks?

Posted on October 2, 2014 by simondillsworth

I blogged recently about the collapse of Phones 4U and how the model of selling mobile phone contracts is changing. The biggest change is the decline of the third-party expert, able to advise on contracts from all the major networks, but there has been an interesting development since the collapse.

Both Vodafone and O2 have been focusing on the rapid increase in their own High Street presence. We talk a lot about the explosion in digital and social activity and how online retail has developed since the 90s, yet here we can see that as one phone retailer dies out the networks are rolling out their own stores in the High Street to fill that retail vacuum.

It’s clear that for something as complex as a telephone, most customers still want to be able to visit a store where they can see and touch the product as well as getting expert advice and support in person.

This is an interesting paradox as the product being sold by phone retailers facilitates price comparison and online sales from anyplace at anytime, yet the customers still value being able to walk into a store to ask questions when they have a problem.

It’s not a surprise, but it is contrary to the popular belief that ‘showrooming’ is killing the High Street. Perhaps other retailers could learn from the mix of online and in-store support the phone networks are offering to their customers?

What do you think? Will the High Street be saturated with too many stores offering phones? Leave a comment here or tweet me on @simondillsworth. 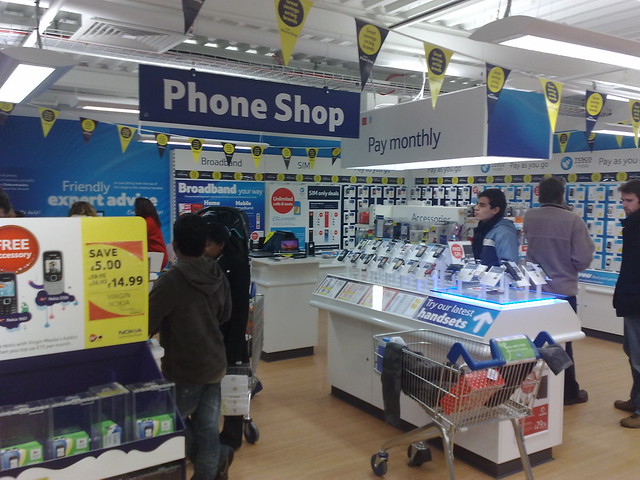