Trust. Has your utility provider earned it?

I spent Wednesday and Thursday last week at the marketforce 20:20 ‘Future of Utilities’ event in London and was delighted to hear the same word over and over again from a myriad of speakers from every corner of the Energy Industry: Trust.

There is widespread recognition that the Utilities industry, but particularly Energy, is ravaged by an inherent lack of trust from the customers it works so hard to serve. The most immediate question that sprung to mind is a simply – why?

UK customers enjoy some of the lowest energy prices in Europe and when compared to France they are highly competitive yet the French market, according to Beatrice Bigois, MD for Customers at EDF, basks in a warm glow of customer trust which suggests that price alone isn’t the underlying issue that customers have.

‘The Big 6’ is a phrase common to most people when considering their limited ‘choice’ in the energy market but this belies the significance of a real and growing choice in the marketplace between the 6 large providers and a retinue of challenger brands. ‘The Terrific 12’ does give the consumer a significant amount of choice when compared to Banking and Supermarkets, also regularly vilified industries, so the reasons for the lack of trust must lie elsewhere.

Why do our Energy suppliers need to work harder to earn our trust?

The Media must take some responsibility for the issue as we are bombarded with constant messaging across a number of channels that highlight the disparity between wholesale and retail costs but without in-depth analysis of why the delta exists. Stories of price rigging and collusion within the industry between generators and suppliers are also a frequent media standout and it makes for one hell of a read!

Politicians too are playing a leading, often theatrical, role in the debate with Ed Miliband making bold promises of price freezes and then later slightly less bold clarifications that a freeze was actually just a cap if prices rose! Nevertheless, when they are told by senior figures in the public eye, the public take note (even if only subconsciously due to a lack of trust in politicians)that they are being mistreated and exploited by the energy companies..

For me the single largest influencer is billing. Despite significant developments across the industry, Billing has been left behind. – The process and the documentation are often complicated resulting in over-engineered, jargon-riddled bombshells that arrive in the post, months afterusage and with no opportunity for the customer to do anything but pay. Retrospective billing is the single biggest bug-bear of the energy customer as there is no redress between usage and cost, with no easy way to access the economic advantage of low wholesale costs

Shouldn’t someone be doing something?

The CMA (Competition and Markets Authority) has stepped in, at the Government’s behest, to review claims of price rigging, uncompetitive tariffs and collusion within the industry and their report is due to be published next week. Predictions made at the ‘Future of Utilities’ event believe the CMA’s report will defend the industry and state that competition exists and customers do have a choice to move to alternative suppliers if they aren’t happy. Interestingly the Energy suppliers who spoke at the event publically welcomes CMA involvement as they offer an independent, un-political and objective view – Something the customer rarely gets.

So how do you restore trust in the industry?

This will provide an obvious opportunity for customers to pro-actively manage their usage, better appreciate the correlation between usage and cost and remove unexpected bills. The impact of Smart Metering will be significant and presents the single largest revolution for energy customers in a generation. At the same time there is a long path to tread in deployment and perhaps an even longer journey to be made towards customer education.

A smaller number of easier to understand tariffs will make choice simpler but it doesn’t necessarily mean that people will automatically be on the most appropriate deal and therefore I can’t see it spurring a closer relationship with an abundance of trust. How many tariffs and what they actually are was a topic of conversation which created debate and disagreement amongst those who attended.

In my opinion, the answer is simple. Service. Simple customer service in fact!

Only 20% of speakers recognized Service as a key differentiator or fundamental to restoring trust with their customer base. One speaker, who will remain nameless suggested that if the product and price was the same there is nothing left to differentiate! The ones who did would be a surprise to many of you, they certainly were to me, and this proves why an industry with healthycompetition, comparably low pricing and established and emerging suppliers is ravaged by a lack of trust.

Making bills simple, offering multiple channels so the customer can choose the easiest option, using language easy to understand and appreciating that customers like easy options can all be delivered through strategic service models.

Good Service creates Trust which leads to Loyalty which in turn produces Growth and Profitability. 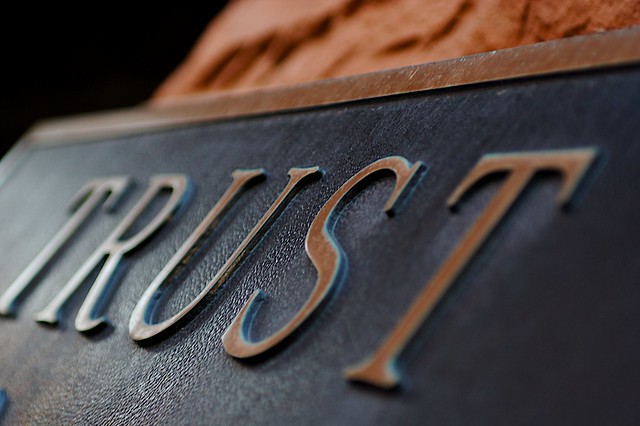