Superfast broadband – all over the UK

Posted on April 1, 2015 by simondillsworth

The UK general election campaign is now underway and one government promise, slipped out quietly a couple of weeks ago during the Budget, may have passed you by. The promise is to accelerate the rate at which superfast broadband is rolled out across the UK, the intention being to ensure that almost every home in the country can access Internet at speeds of at least 100Mbps by 2017.

I don’t think this promise will have any effect on the election this year, especially as there is a new promise, but no new money to make it happen. People react to tangible results rather than promises. When the public sees that UK infrastructure has taken a quantum leap then they might grudgingly thank the politicians who made it possible, but right now it is too soon to tell. In any case most members of the public perceive improved broadband speeds as being the responsibility of the ISPs, not Westminster mandarins.

But I’m not sure if there is enough time to hit these targets in just two years. The county councils echo my view across the UK. Almost half (45%) of all councils in the UK do not believe that the target of superfast broadband by 2017 can be achieved.

For many city-dwellers fast broadband is just accepted as natural. Conversation with friends will often focus on how long it takes to download a movie or whether there are any problems streaming Netflix and Spotify at the same time. But in the rural communities, where speed increases will be enormous, being able to interact fully with the Internet opens many opportunities for job creation and improving jobs that are already located outside of the cities.

It is only a few years since the UK government was talking about a 2Mbps national target so at least the targets are becoming more ambitious, but it will be a missed opportunity if we don’t see how vital this is for the wider UK economy and let the rollout schedule slip – again. 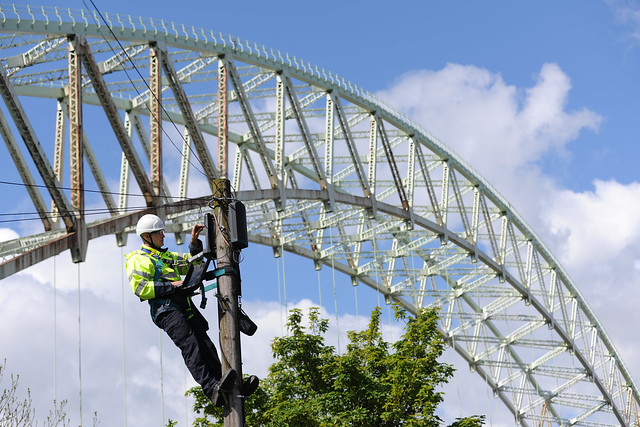 1 Response to Superfast broadband – all over the UK