We are the Robots: The rise of Robotic Process Automation

Posted on August 20, 2015 by simondillsworth

Robotic Process Automation (RPA) is a subject that has just crept up quietly for many people. Most of us are aware that manufacturers have long used ‘robots’ to automate repetitive or dangerous processes, but now the robots are entering the service sector too – even customer experience management!

It’s an area that’s been slowly growing over the past three years or so, but it is not quite as exotic as the name suggests. Implementing a RPA strategy might sound like the physical deployment of robots inside the contact centre, but the reality is that the robots are usually just pieces of software – automated agent processes. Their mission is to automate repetitive tasks that human agents need to perform – saving time and money, and freeing resource to handle high value, complex customer interactions.

But RPA should not be confused with the recently popularity of self-service strategies. Encouraging customers to help themselves to support information or even creating ways in which one customer can help another does not mean a brand has deployed robots and these strategies can co-exist.

The National Outsourcing Association (NOA) recently published a great interview with Wayne Butterfield, the Head of Digital Service Innovation & Transformation at O2, focused on his own experience managing RPA. O2 is a great example of a well-known consumer-focused company that is actually using RPA, rather than just exploring the idea.

In the NOA interview Wayne says: ”We were doing 1.2m transactions with 400 FTEs and now half a million of those transactions are performed by 165 robotic FTEs. For example sim swaps, when a customer swaps phone or service we have transformed a process that used to take 24 hours (often with several calls from the customer!) to one that takes 10 minutes. So we have transformed the customer experience and saved cash too. It’s not just the sim swaps but finance and access control. We have around 15 core processes that are now automated. I think that we have one of the biggest RPA deployments in the world.”

There are some important points to take on board here. Not just related to customer service, but for any company that sells service expertise and any company that needs to buy in services. Instead of processes requiring vast armies of people, RPA can automate tasks and drastically reduce both cost and time. This is a game-changer, yet it remains misunderstood, partly because of the use of the term ‘robotic’ in the name.

Wayne explains: “Robotics is still a bit of an unknown. I have presented at several events and the people at the events often see ‘robotics’ as an actual robot. They do not understand the concept yet. The biggest reason for not adopting a technology is that they just don’t understand it.”

In the NOA interview, Wayne goes on to explain some of the implications for service companies and the companies – like his – that buy from them: “The key change as a buyer of outsourced services is that it’s no longer about the number of people. I long for the day when a supplier says we do a billion transactions with 100 FTEs, not 50,000 FTEs.” He added: “There is the long-term ability for RPA to transform service pricing. This will affect the offshore BPOs faster than the nearshore or very voice-centric ones. RPA will transform back office transactions in most organisations.”

Analysts such as HFS Research are taking RPA seriously. They even publish a league table of all the business process outsourcing companies to indicate which companies are the most mature in their expertise of applying RPA to their processes.

I feel brands have not yet bought entirely into the RPA concept. When the NOA recently asked 158 companies about their RPA plans, only 23% said that they had asked their service providers to explore how their service could be improved using RPA. A study by HFS Research at the end of 2014 indicated that only 7% of European executives thought that RPA was a mission-critical concern. Of course, Wayne Butterfield believes that these low numbers are because RPA remains misunderstood by many executives – as he said in his NOA interview.

In addition to the defined processes Wayne talked about, I believe that the customer service implications of RPA are in the future development of the omnichannel. Customers now insist on defining when and how they engage with brands, which has raised many new challenges that never existed when the brand offered a way to get in touch and expected customers to use that channel.

When a customer email arrives, if a robotic process can scan millions of other customer interactions and pull together internal customer records, tweets, Facebook posts, blogs, and phone call records to paint a single view of this customer then that can provide an important insight that helps any agent to improve the way they answer the customer query.

I think we should stop thinking of RPA as a robotic replacement for humans providing a service – especially back-office services – and think more about how customer service agents can be empowered through the use of smart robotic support. This is about real-time robots supporting humans.

Wayne Butterfield believes that service companies who are not already exploring RPA face a tough future: “As a buyer of outsourced services, I don’t even want to talk to a BPO that is not adopting new technologies. BPOs cannot just put bums on seats and offer a good price. Instead of outsourcing a back office offshore, why not just automate it with software in the UK? There is an understanding that by using robotics and local FTEs you can get very competitive pricing. The market is ripe for a change and buyers of outsourcing are always looking for a cheaper and better alternative. Adopt this technology or your current contracts will not be renewed.”

While a great customer experience will always mean more than just process and automation, at the same time, the message is clear – innovate or die.

RPA could be a game-changer for companies operating in a multichannel service environment. Have you considered how it might affect your own strategy? Leave a comment here or get in touch via my LinkedIn profile. 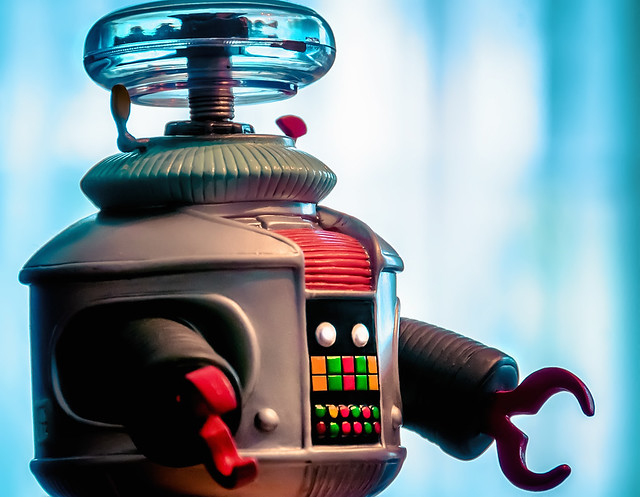