A Twenty-Year-Old Lesson In Customers By Bill Gates

1995 was a big year for Microsoft. The launch of Windows 95 cemented their dominance of the PC market and this has only been challenged fairly recently with the surge in popularity of open source alternatives – and the resurgence of Apple. But 1995 was also the year when Microsoft founder Bill Gates wrote a book called ‘The Road Ahead’ that aimed to explore where technology might lead us in future.

It’s worth remembering this book twenty years on because Gates had insight then that is worth reconsidering, not least because everyone knows how difficult it is to predict the future just by extrapolating trends in technology. After all, if this was simple then do you think that Harrison Ford would have been running into a bar to make a phone call in Ridley Scott’s 1981 sci-fi classic ‘Bladerunner’?

I remember this book well as I referenced the predictions of Bill Gates in my own university dissertation. Gates predicted that content would be ‘rented’ in future. It seemed absurd twenty years ago that you could sit in your home and have access to any movie, TV show, or music recording you desire – immediately. Now it seems absurd to think that the only music you can play at home would be physical pieces of vinyl that you actually own. Gates predicted Spotify and Netflix even before websites such as Napster had launched.

Gates predicted that retail and the customer experience would be transformed by our access to information. In the book he wrote: “We’ll find ourselves in a new world of low-friction, low-overhead capitalism, in which market information will be plentiful and transaction costs low. It will be a shopper’s heaven.”

Just look at the multichannel information-rich environment that shoppers today enjoy. They have 24/7 access to reviews and pricing information on their phones and they can check what previous customers thought before purchasing a product – and can publish their own thoughts easily too.

But perhaps most importantly, Gates also predicted a change in the way that people communicate. He suggested a societal shift that would involve far less face-to-face interaction. Indirect communication, via contact centres for example, would grow and entirely new communication channels would become more popular than those we once knew.

This is perhaps his most important prediction. After all, if the way that all of us interact and communicate changes then this affects far more than just how to manage a customer service team. It means that every business in every industry needs to relearn how to engage with their customers. It means public servants – such as our political leaders – need to relearn how to engage with the public. It means that people are changing the way that they make friends, find partners, and recommend a favourite song or car.

Social commentators often focus on the way that language is changing, in particular the use of text-speak and emojis to replace real words, but I think that Bill Gates was right. It is not that the use of a smiling face icon has changed the way that we communicate, but the ability to communicate with anyone, anywhere, anytime at almost no cost certainly has.

Brands that fail to see how this may change their business in future will face a sharp response from customers who wonder how the brand became so out of touch with ‘the real world’. The real world was predicted in The Road Ahead and far-sighted executives will already know that customer expectations have changed.

The only problem is, what is going to happen in another twenty years? Bill Gates is now focused on improving global health so it’s up to those of us who are designing the way that brands interact with customers to map this new road ahead.

What do you think we are heading? Leave a comment here or get in touch directly via my LinkedIn Profile. 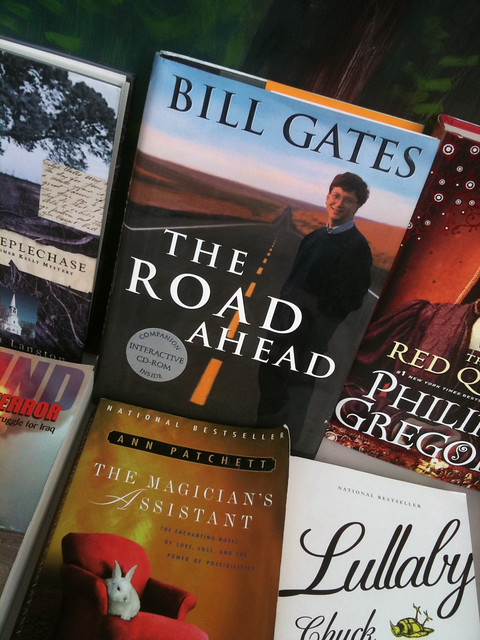