Should I be worried about a robot taking my job?

Posted on September 30, 2015 by simondillsworth

As I have blogged about before, it is a common misconception that robots will suddenly replace humans in their roles at work – at least in most jobs. As things stand, I am not personally feeling any real threat that my cyborg–twin is about to make me redundant, although I dare say there are things a robot could do more efficiently that would help free up my time to do other higher value activities.

And this is the key point about Robotic Process Automation (RPA): there will absolutely be tasks that could be automated or improved through the use of software that drives RPA. Why pay someone to process invoices when a piece of software could do so in half the time allowing the human employee to address the more pressing issue of improving the overall invoice process?

There are many examples in several industries, such as insurance, where RPA is making a real impact to automating transactional or back-office processes and it is difficult to argue the case against in my view.

A recent TV news programme also brought this point to light: set in a local dairy farm, the reporter was showing how ‘robots’ (or in reality, software) was allowing for many human tasks to be automated in a fraction of the time. Yes there may be a threat to some human labour, but balance this against the fight dairy farmers have with the supermarkets to protect their own livelihood. Just like the supermarkets, the farmers need to innovate to survive too and if they can offset falling prices with reducing their own production costs, then RPA cannot be the malicious threat some commentators would have us believe.

I believe this is another example of how technology will help to improve our lives and we will develop new human roles in response. Did Internet shopping kill the supermarket trade – no – it made it boom with new jobs in ecommerce. Have UBER and HAILO killed the taxi trade? No the licensed taxi trade has innovated and now uses the same, or similar, systems themselves to compete. The result is a better customer experience. Adding technology to industries that have relied on labour can change how services work, but time has shown that it’s not the jobs apocalypse some commentators predict.

In a recent blog the president of the Institute for RPA, Raheem Hasan, argues that 140m jobs might vanish by 2025 because of RPA or similar kinds of business automation. However, he also points out that the creation and management of the RPA itself creates many new roles that do not exist at present. He compares the introduction of RPA today to when ATMs were introduced to banks several decades ago. The role of the clerk or cashier has not vanished, but the machine has taken on many mundane or repetitive tasks – so the human role becomes more sophisticated and requires customer engagement or interaction that cannot just be scripted.

RPA has the potential to improve many areas of business where repetitive tasks need to be delivered to the same exacting level of quality. Customer service is a great example as many brands find that a small number of queries constitute a large percentage of customer interactions. If RPA can help to automate help for customers for common problems then the human agents can focus on spending more time with customers and engaging at a deeper level. Everyone wins.

What are your thoughts on RPA and how jobs are changing? Leave a comment here or get in touch via my LinkedIn. 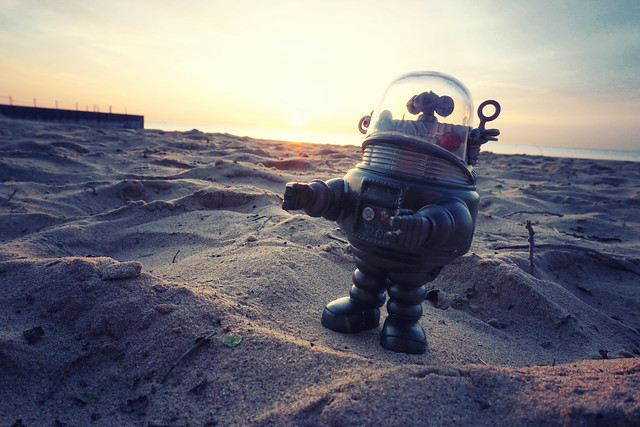