All Premier League Matches, All The Time

Posted on December 3, 2015 by simondillsworth

I have previously blogged about the importance of content for telcos. A situation is developing where customers are far more interested in what is available to watch on their network, rather than any technical comparisons, such as the download speed on a broadband line.

Sport has always been an important part of this equation. Sky built their entire business pretty much based on their dominant role in providing viewers access to Premier League games. Now Virgin Media has issued a call for the networks to be able to broadcast all Premier League games live rather than the 40% or so that are available for live broadcast now.

The reason for the restriction on live broadcast is to preserve audiences at lower league games. The logic goes that if the lower leagues focus their kick-off times on the 3pm slot and no Premier League games can be broadcast live at this time then smaller teams will continue to attract a crowd. If the biggest teams in the world are live on TV at 3pm then smaller teams might lose their audience as some fans will want to watch the Premier League on TV.

Virgin Media is proposing that a technical blocking system be put in place so games can be blacked out regionally. In practice it would mean that if Manchester United are playing at 3pm then the game will be broadcast live everywhere in the nation, except for Manchester. Local Manchester fans will need to attend the United game, or a lower league game in person if they want to watch live football at that time.

This type of system works in the NFL in the USA and technically is entirely possible, but there are some obvious issues. Some clubs are geographically very close together, such as Tottenham and Arsenal and some fans may choose to travel out of their home region on match-days to watch live on TV.

Fans today often use online feeds from other countries to watch games live, so in many cases the 3pm blackout is only a blackout for those who are unwilling to explore ways around it. However it is likely that all the networks will want to improve on the 40% of matches they can screen live when they bid for rights to the 2019-2020 season. Could a regional blocking system make it possible?

Please leave your opinion here as a comment or get in touch via my LinkedIn. 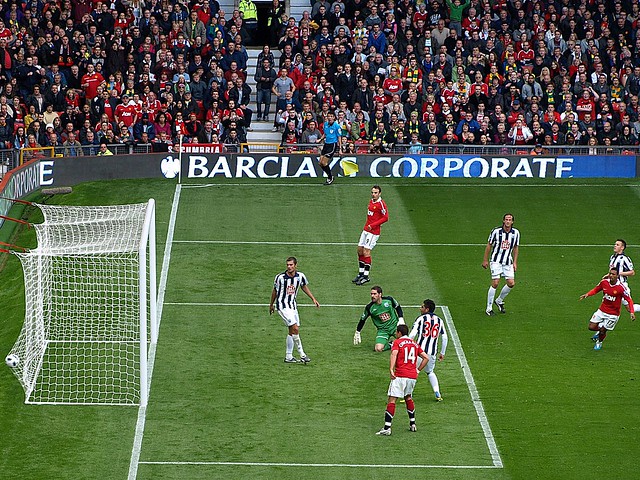