Retail Sales Down Despite Black Friday

Posted on December 11, 2015 by williamvcarson

This blog is by Liz Parry, strategic account director at Teleperformance UK.

New data from KPMG and the British Retail Consortium (BRC) suggest that retail sales were down in November despite the hype and noise that surrounded the Black Friday sales. Sales at stores that have been open for more than a year were down 0.4% on the same month in 2014.

Critically the survey suggested that a major factor is that shoppers were disappointed by the discounts on offer on Black Friday. They had been expecting to spend, but were not enticed by the available deals.

Online non-food sales are growing strongly though (11.8%), suggesting that customers are becoming much more familiar with online and mobile shopping for gifts and other non-grocery items.

Helen Dickinson, chief executive of the BRC, said: “As consumers and retailers continue to adapt to the changing patterns of omnichannel shopping, where the lines between channels become less and less relevant, this build-up to Christmas is one of the hardest to read in years. The conversion of people’s higher disposable income into retail sales shouldn’t be taken for granted.”

These comments are interesting because several retailers ignored Black Friday this year, including Asda, Next, and Jigsaw. Asda was the particularly important change in the market because they introduced this US shopping tradition to the UK market. The companies that ignored Black Friday generally said that they want to spread their discounts over the entire end of year holiday season rather than focusing everything on a single day.

I think that 2016 could be a watershed year for the Black Friday tradition in the UK. A lot was spent, but if more major brands decide that it’s better to give discounts over a month, rather than a day, then it could force a sales season both before and after Christmas. 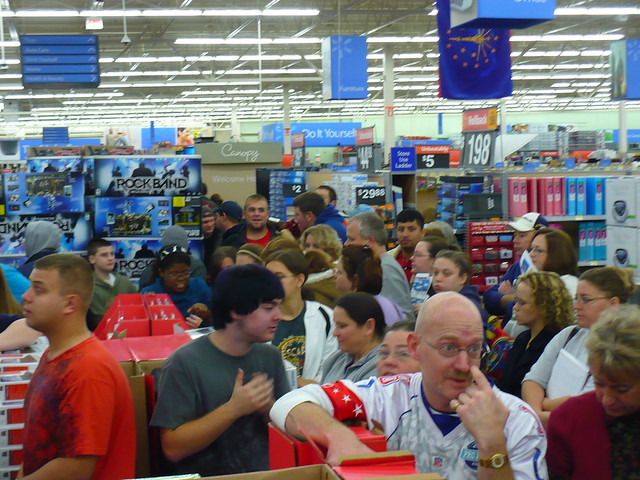