An End To Cold Calls?

Posted on May 4, 2016 by simondillsworth

The Department for Culture, Media, and Sport has announced new legislation to control nuisance calls. Companies that cold call people, as part of a marketing or sales campaign, will no longer be able to mask their telephone number.

Critics of the new action say that it will not actually prevent nuisance calls because any rogue company that wants to continue calling will just us a fake number. However there is support for the move from bodies such as the Direct Marketing Association who have been calling for this change in the law for several years now.

Outbound calls from telemarketing firms are very different to the customer service environment where a customer calls a company looking for help, however I am still pleased to see that the government is taking action on this problem because in many cases the public connect “call centres” together – regardless of whether it’s a marketing company trying to sell to them or a customer service centre that the customer is calling.

That’s not to say that outbound calls do not have a purpose. Used as a marketing device within the legal boundaries there is nothing wrong with calling potential customers, especially where some intelligent data analysis has identified that the customer is likely to be interested in the calling organisation. This is particularly true of the charitable and third sector where the use of calls to gain support and funding is a critical part of their work.

The Telephone Preference Service has allowed people to register their phone number on a do-not-call list for a long time now and most customers who find marketing calls annoying will have registered their number, but some rogue companies have ignored all consumer protections. Earlier this year the telemarketing firm Prodial was fined £350,000 for cold calling customers – they had used automated systems to dial over 46 million people!

Clearly telemarketing companies like this are abusing these automated systems and annoying millions of people. Displaying a number when calling may not eliminate the rogue companies, but it is one step towards making the telemarketing business act more responsibly and respecting the time of those people called.

As I mentioned, outbound and inbound contact centre operations are very different, but when comedians joke about their awful experience with a contact centre agent there is rarely a distinction drawn on which type of contact centre. I hope that by cleaning up the telemarketing business we can start giving some genuine respect to the customer service teams helping people day after day.

What do you think about these changes? Will it help to clean up the cold calls? Leave a comment here or get in touch via my LinkedIn. 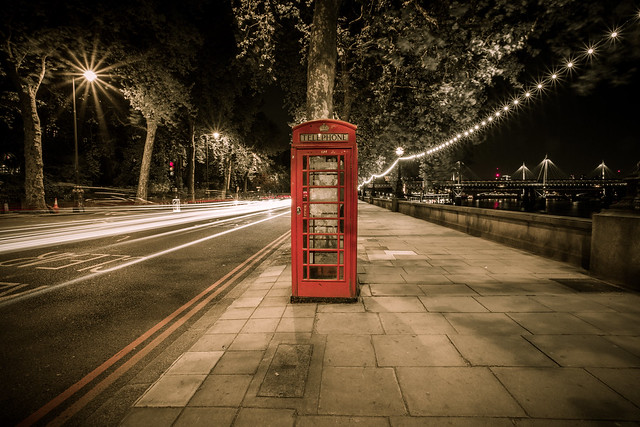