There has been a lot of press about the potential of chat bots to revolutionise the customer experience. I am an advocate but see the obvious challenge in that, as things stand today, bots will only be as good as the intelligence you programme into them. The other major question for me is whether bots will ever be able to pick up human emotion and sentiment enough to be able to ‘know’ when it is the right time to switch the customer over to a human advisor? A recent experience has really brought this home: I was travelling overseas and due to inclement weather and maintenance at a connecting airport, I missed my flight to my final destination.

Cue 3 hours of queuing along with 100’s of other frustrated passengers. Whilst waiting I noticed a poster advising that I could contact the airline via a well know instant messenger platform. I use this all of the time and was relieved to think that I could by-pass the mayhem and get my flights re-booked through this channel. I did as instructed, sent my name and booking code to the airlines IM address and then waited. 35 minutes later I received a notification that I had been re-booked – but onto a different route and wrong seat class. No discussion on preferred routes/class/seat number.

I sent another IM back requesting other options and indicating the error made, but it was 1.5hrs later before the response came back – with exactly the same information regarding my flights. I sent more IM messages, hoping the issue could be solved so I could leave the queue (I was number 252 with the counter on 90!). 40 minutes later I received a message indicating that this ‘channel’ was only for re-booking and that any queries would need to be discussed with the service desk. 4 Hours later I spoke to an advisor, who could visibly see my frustration, and the issue was resolved within 20mins…

There is a key learning here: I applaud the airline for utilising IM to offer customers a way to resolve issues, but it was pretty clear from my experience that they were using automated chats or bots’ to offer changes to customer travel details. That is all well and good if you get the change right first time, every time, but rarely will that be the case. It was also clear that chats were being handled on some form of rotation system so it never felt like any one was engaging with my issue to resolve it and my chats were simply picked up on the next run. If an interaction takes over 2 hours to complete and then results in the customer having to call someone or wait in line, then the value of the initial digital interaction is limited.

Overall my digital experience in this instance was 0/10 but my human experience was 9/10. The most frustrating element of the experience was that even though I was not having my query resolved by IM, I was not ‘flipped’ over to a live agent (or called by someone). I just got more canned responses about the same incorrect flight change details.

I predict Bots will have an increasing role to play in improving customer service but until they are intelligent enough to recognise a tired, frustrated customer, who just wants to get an issue resolve quickly – then I fear they will offer little value above and beyond answering the most basic of customer queries. Now if the airline’s approach had been to connect me to a human at the first sign that my query was not being addressed, well, then the overall experience would have been rated at 9 or even 10…… 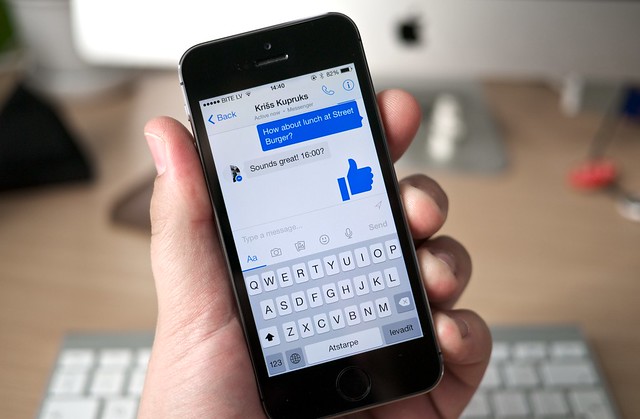