The Importance of Corporate Culture To Partnership

I saw a great blog about corporate values on the Engage Customer site recently. The author connects the way that companies talk about their ‘DNA’ to the way that football clubs have values that are shared by their supporters.

I liked this analogy and it’s true that in the past few months there are some great football examples. Look at the amazing success story of Leicester City being promoted to the Premier League last season and then going on to win the league with a team costing a fraction of the big teams. Along the way Leicester picked up support from all over the world because the team, and coaching staff, showed that with determination and planning David really can sometimes beat Goliath.

The Mayor of the City of Paris recently awarded the prestigious Medal of the City of Paris to the Irish supporters that travelled to France to support their team in the Euro 2016 tournament. While fans from other nations were getting into the news for all the wrong reasons, such as drunken violence, the Irish fans charmed their French hosts and no doubt there will be many people in France planning a holiday in Ireland next summer after this experience.

These football examples embody certain cultures, such as the small team playing in the big league – and winning. The Irish fans managed to drink and sing without committing random acts of violence – embodying the charm of the Irish ‘craic’ known across the world.

What’s important to remember is that it’s hard to artificially manufacture these cultures and behaviours. They can only develop over time. This is especially important in the corporate environment because companies considering a partnership with another company need to understand the values and culture of their potential partner, but showing a few PowerPoint slides that suggest great ethics or care for the environment are not enough. It has to be seen, rather than just talked about.

Teleperformance works with the UN Global Compact and runs two major international programmes with our employees called Citizen of the Planet and Citizen of the World. This could just sound like another standard CSR pitch, but every year we produce a report showing what the employees did in the previous year. Each report shows that millions of dollars of cash and donations-in-kind were generated by our team.

But fostering a great business culture isn’t just about CSR and doing something good for the environment. Our team needs to be sharp, interested, and at the top of their game when they are working in the contact centre. The best way to make sure that happens is to make sure they are engaged with the company and the bigger picture – how the company fits into their world.

This also fits into the recent focus I have had on partnership and the ‘Vested’ way as described by Kate Vitasek in her book about vested outsourcing and how genuine partnerships between companies create business value. It’s short-sighted to see efforts to improve corporate culture as just a nice-to-have. People buy from people, but people making buying decisions also buy into the culture of the organisation they intend to work with. At an individual level – the managers or one company interacting with managers of another – different people can have different perceptions, but it’s hard to have a different view of a great corporate culture if it is strong enough to be seen.

Building a strong corporate culture is good for business. Your team enjoy their own work more when they are engaged in doing more than just their day-to-day job and when potential customers see this they are more inclined to work with you.

Wouldn’t you feel more inclined to buy from a company that has a team engaged in changing the world to be a better place? Corporate culture really can make a difference – in so many ways. 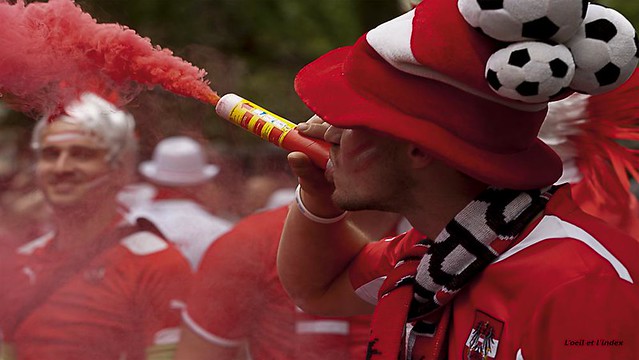