We Are The Robots: The Automation of Services

I heard a podcast the other day from the London School of Economics (LSE) public lecture series. It featured Professor Leslie Willcocks of the LSE and Professor Mary Lacity of the University of Missouri, St Louis talking about their new book ‘Service Automation: Robots and the Future of Work 2016’.

Experts suggest that robots will perform over five million jobs in the next decade. At first glance these statistics sound horrifying, it’s the hollowing out of society leaving only the most skilled and educated with jobs. However, Professors Willcocks and Lacity believe that there is a very different future that most commentators are not seeing when they describe a dystopian future for us all.

Whether it’s positive or negative in the long term, this is a trend that’s already happening. Automation and the use of software agents, confusingly known as robots, is already helping many companies to answer customer enquiries faster. Using a process known as Robotic Process Automation (RPA) many organisations are finding that their customer service team can improve the customer experience because simple or repetitive questions are handled by the system before ever getting to a human agent. This means that the customer is served faster and the customer service team can handle more interactions.

First, most of the statistics are flawed. Many of the reports analysing the future with regard to robots are based on hunches rather than data. When there is the use of data, such as the type of jobs that could be performed by robot, there is often no timeline given for the replacement of human workers and almost always there is only the negative side of the change – the loss of jobs with no measure of how many jobs are created by robotic systems.

Second, in most actual case studies that Willcocks and Lacity explored, robotic systems are actually helping to improve human productivity, not to directly replace humans. A good example is an insurance broker they studied where payments that used to take two days to analyse and approve can now be done in thirty minutes. The human workers are using the robotic processes to help them become far more productive and in this case they have even adopted names for their robotic helpers, making them a part of the team.

Third, robotic systems in the form of Robotic Process Automation (RPA) are already with us today and it’s clear that the processes being used by many companies are changing, but it usually seems to focus on human or process productivity, not the elimination of humans. A great example is the phone company o2 who mention in the Willcocks and Lacity book that it used to take a couple of days to get a new phone line online after a customer signed up for their service. This was because of the manual checks that needed to take place, but the same processes handled by RPA now take about 20 minutes. Customers are happier and a small number of managers can oversee robotic systems performing the work of hundreds of people.

The point in most of the Willcocks and Lacity analysis is that we are not seeing a direct replacement of human jobs in any of the real case studies where robots are starting to be used.  As the o2 example suggests, it is one thing to say that the robots can perform the work of 600 hundred people, but there were not 600 people previously performing those tasks – it just took a lot longer to get your new phone number.

Science fiction authors have long predicted a leisure society where robots allow us more free time to enjoy everything and anything, except work. However, as we know, the reality of technology use is that we manage to do more with our working week, rather than doing all our required work in a day then taking the rest of the week off. It looks like the growth of RPA is headed in the same direction if the Willcocks and Lacity analysis is to be believed.

Most commentary on RPA and the use of robots in services is negative, but I believe that this is the first detailed study that advances case studies and examples of robot use suggesting a more positive future.

What do you think about the ideas Willcocks and Lacity discuss in their book and in the LSE lecture? Please leave a comment here or get in touch via my LinkedIn. Also, please check out the Innovation section on the Teleperformance Leader Insights blog as it is full of new innovations that are redefining the customer experience. 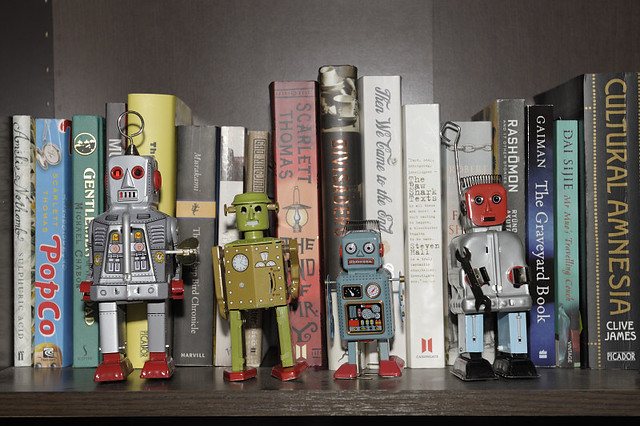